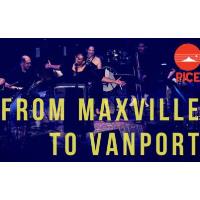 “Maxville to Vanport” is a multimedia concert of songs and short films with live music performed by the Portland Jazz Composers Ensemble featuring vocalist Marilyn Keller. It tells the story of two historic blue collar Oregon towns with a special focus on the African American Oregonians that made them unique. With a joyful score of jazz, blues, R&B, and gospel-inspired music with music by Ezra Weiss, text by Renee Mitchell, video by Kalimah Abioto, and historical consultation by Gwendolyn Trice of Maxville Heritage Interpretive Center created in a community-guided process in 2018, this project celebrates a little-known part of Oregon’s history.

Maxville, a logging town built in 1923 in Wallowa County, and Vanport, built in 1942 just north of Portland for shipyard workers, were multicultural communities that housed workforces with significant African American and immigrant populations at a time when many Oregonians were openly hostile to them. From Maxville to Vanport looks honestly at the prejudice these people faced and celebrates their resilience, courage, and important contributions to Oregon. It tells stories of life, liberty, and the pursuit of happiness in the face of remarkable adversity; stories that deserve to be better understood by all Oregonians.

“The hardship and joys of this period of Oregon’s history, as viewed through the eyes of its earliest Black citizens, informs the work of Weiss and Mitchell. The music is austere and stately, evoking the landscape of the eastern part of the state and the period when Portland was more spacious.”
– Robert Ham, Portland Mercury, May 23, 2018