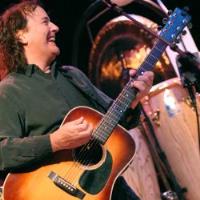 John Batdorf is a singer-songwriter solo artist and one half of Las Vegas Rock and Roll Hall Of Famers folk-rock duo Batdorf & Rodney. He’s also a successful film and TV composer, session vocalist, and inspirational musician in the substance recovery community.

Batdorf has also released new music collaboratively with his old partner Mark Rodney and James Lee Stanley. Since 2004, he’s released seven solo albums on his own imprint, BATMAC MUSIC. His just released CD,  Me And My Guitar is a handpicked stellar seventeen song  collection of unplugged, rearranged and  completely re-imagined material John has recorded over the last forty seven years.