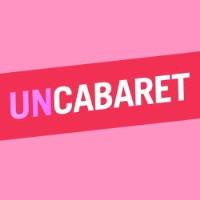 UnCabaret is Los Angeles’ legendary gathering for wild, idiosyncratic, intimate and conversational comedy. Here is your invitation to join the mother show of alternative comedy!  UnCab mixes original storytelling and new material from seasoned comedians and special musical guests. Host Beth Lapides describes her creation as “a place for comedy luminaries to tell stories ripped from the headlines of their lives. Always focused on the now.” The experience that Rolling Stone called “a comedy be-in” and the New York Times labelled “seminal” is regularly featured in and chronicled by CNN, PBS, LA Times, The LA Weekly, Entertainment Weekly, NPR, Vanity Fair and Variety.

Joining Beth for this special livestream show presented in collaboration with Bend’s Tower Theatre are:

Hannah Einbinder – currently starring in HBO/Max’s acclaimed Hacks. She was a 2019 New Face of Comedy in Montreal's prestigious Just For Laugh’s festival, named one of Vulture’s Comics to Watch of 2019, and made her network television stand-up debut on The Late Show with Stephen Colbert.

Julia Sweeney – best known for her years on Saturday Night Live in the first half of the 1990s. She has created several comedic one-person shows, including “God Said Ha!” which was born and incubated at UnCab. Her latest TV appearances were on Shrill, Work In Progress and Brooklyn Nine-Nine.

Alex Edelman – writer/performer/creator of multiple radio and television comedy specials for the BBC. A regular on CONAN, his work with UnCab cements his reputation as a writer/performer of impressive ambition and technical skill.

We are filled with hope every time UnCabaret convenes. We are curious about each other’s stories. And our own. What do they mean? How are we changing? What’s funny about that? We rejoice in the right to assemble. To meet friends of friends. And the person at the next table reading that book you love.

We commit to the courage to making the uncomfortable funny. We love our adventurous audience. We intend to uplift. We work to be a safe space for women and the LGBTQA community without excluding CIS gender men. We look for people who make the most beautiful mistakes. Original thinkers. Open hearted lovers. Those who are self-knowing without being self-obsessed.

We look for partnership and community. We seek to be a full chakra experience. We have an attention span. We understand silence. We try to respect our own history while staying in the now. Thank you for being part of UnCabaret tonight.