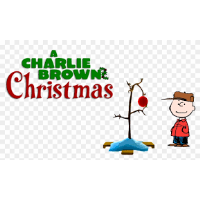 Live From Your Living Room.....

This in person show has been replaced with a LIVESTREAM show on Friday December 11 at 7:30.

Tickets for both the Friday and Saturday night shows at the Tower have been moved to the Friday night LIVESTREAM.  Ticket holders will be receiving an email soon regarding more info.  A link for the LIVESTREAM will be sent out via email as well closer to the show date.  Thank you for your understanding.

Unthaw from "the freeze" and ring in the holiday season with a festive performance featuring Billboard Charting saxophonist Patrick Lamb alongside his trio! Hum-a-long to the music of Vince Guaraldi's Charlie Brown classics and songs from Patrick's album, “With A Christmas Heart.”

​This exclusive 90-minute video steam will be live and interactive on YouTube, direct from Patrick’s recording studio in Portland. You will receive a private link with your ticket.

“A Charlie Brown Christmas” is the best-selling holiday album by American jazz pianist Vince Guaraldi. The album was originally released in December 1965 and is the soundtrack to the animated Christmas television special of the same name.
All music called it a "joyous and festive meditation for the holiday season.” Pitchfork described the songs as "small, observant miracles...If there's a muted quality to a lot of this music, it's smiling nonetheless."
The Los Angeles Times declared Guaraldi’s soundtrack to A Charlie Brown Christmas "one of the most beloved holiday albums recorded,” introducing jazz to an entirely new generation of young aspiring musicians, among them David Benoit and George Winston. “A Charlie Brown Christmas” was voted into the Grammy Hall of Fame in 2007. In 2012 the album was added to the Library of Congress National Recording Registry of "culturally, historically, or aesthetically important" American recordings.

Saxophonist and producer Patrick Lamb’s first three singles hit the top five on the national Billboard charts. He was one of the youngest members ever inducted into the Oregon Music Hall of Fame, awarded three Muddy Awards by the Cascade Blues Association, given the Hero Award by Children’s Cancer Association, and the Independent Spirit Award by the city of Portland. He has circled the world many times over performing on tours with Smokey Robinson, Esperanza Spalding, Gino Vannelli, Bobby Caldwell, Jeff Lorber Fusion, Tower of Power, and rock ‘n’ rollers Tommy Thayer (lead guitarist of KISS), Alice Cooper, Robby Krieger Orianthi, and Richie Sambora. Patrick is the producer and promoter of the long-standing and highly regarded “Jazz at the Oxford” concert series in Bend. When he’s not touring or producing music, his party band “Hit Factory” entertains top businesses and appreciative audiences at Herbalife, Nike North America, BMW China, Providence Health, Governor’s Ball, and the Portland Trailblazers.

These performances are sponsored by BendBroadband with additional funding from an Oregon Cultural Trust Creativity Grant.