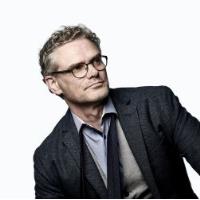 Live At The Tower
Emporium Presents

Moreover, he has sold out concert halls the world over, produced five PBS television specials and five live CD’s. Not a bad legacy for a guy who never planned to release an album.
"If you had asked me at age 22, I would have said that I would never, never make music for the public," Jesse Cook says with a laugh. "I would have told you that the public is much too fickle — they may love you one minute and forget you the next. Well, it turns out I did the thing I said I'd never do, and somehow it's worked out."

Over the course of his first twenty -five years making award winning music for a global audience Cook could be forgiven should he contemplate retiring or, as he puts it, ‘hanging out at my cottage dipping my toes in the water.” But the fact is he loves creating music. And, there’s also the matter of some unfinished business interrupted by the pandemic.

“Tempest 25’ the reissue of his debut album (released 25 years prior) had been amongst those pre-Covid plans. So too had been another world tour in support of its release. Cook, like most of us, found himself house bound due to travel restrictions.
“The first year with no touring since my career began. I needed a mountain to climb” Cook quips.

So, Cook got to work producing 23 (and counting) extraordinary solo YouTube videos of his favourite songs in which he played all the instruments, recorded, and filmed himself. The collection is called “Love in the Time of Covid” Not only have they pleased his existing fan base but this YouTube video collection has expanded his worldwide audience who are now craving that soon to be announced world tour.
Jesse Cook, clearly, has many more years of memorable performances ahead of him.