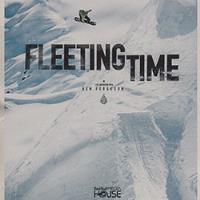 This fall, Ben Ferguson and friends star in Fleeting Time from Homestead Creative, co-produced by Red Bull Media House in collaboration with Ben Ferguson. This film solidifies Ferguson’s evolution from a top-tier Olympic halfpipe rider to one of the greatest big mountain freeriders of today and a creative force within the sport. He brings together the people’s champs of snowboarding—riders who collectively exemplify the best of snowboarding right now—Icons, Olympians, innovators and style masters. The crew spent the last two winters conspiring alongside Ferguson to deliver an action-packed snowboard movie for our times.

Ferguson says, “My goal for Fleeting Time was to make a classic snowboard movie like the ones I grew up watching. A film that lives up to those same high standards, stands the test of time, and inspires the next generation to get out and ride. Everyone in the movie is an amazing snowboarder, they’re some of my favorite people to ride with and they push me to ride better every time we go out.”

Fleeting Time is Ben Ferguson’s directorial debut, spearheading this two-year project filled with snowboard action, while also considering the ephemeral nature of this snowboarding life. Iconic snowboard photographer Aaron Blatt co-directed the film. Ryan Runke and Florian Moser are the Executive Producers, with an all-star round up of production talent to match the crew including Director of Photography Justin Eeles and editing by Joe Carlino.

More information about the film here.