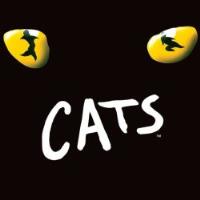 CATS is one of the longest-running and most revered, influential shows in musical theatre history. In 1983, the Broadway production received seven Tony Awards including Best Musical, won two Grammys, and ran for 18 years. The magnificent musical score composed by the legendary Andrew Lloyd Webber (Evita, Jesus Christ Superstar, Phantom of the Opera), includes the poignant hit song “Memory.”

Based on T. S. Eliot’s Old Possum’s Book of Practical Cats, CATS is set in a larger-than-life junkyard playground alive with feline characters including Rum Tum Tugger, Mr. Mistoffelee, Macavity, Jennyanydots, Old Deuteronomy, Grizabella and Skimbleshanks. The Jellicle Cats come out to play on once a year – the special night of the Jellicle Ball. One by one they tell their stories for the amusement of Old Deuteronomy, their wise and benevolent leader, who must choose one of the Cats to ascend to The Heaviside Layer and be reborn into a whole new Jellicle life.

CATS has rightfully been called “a phenomenon.” Featuring a fantastical set, a superb score, inspired choreography and mischievous costumes, CATS is a brilliant song and dance spectacular not to be missed.