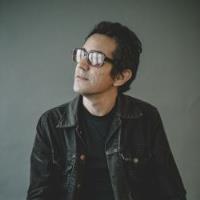 A.J. Croce Performing a Retrospective of his 30-Year Career

On Thursday March 25 A.J. Croce brings his touring band to the stage with him to perform music from his ten studio albums of roots music ranging from Blues and Jazz to Rock and Roll and Soul, including covers from the new album. This performance will include a variety of originals from albums like That’s Me in the Bar, Twelve Tales, and Just Like Medicine. A.J’s tenth studio album By Request is available on CD and LP for pre-order today and out on February 5 via Compass Records. The album was born of memories—of favorite artists and shows, but mostly, of late-night gatherings with groups of friends, many of them fellow musicians, with Croce at the piano taking requests. Croce revisits these musical evenings on BY REQUEST, 12 personally curated covers that traverse decades and genres, propelled by his spirited, piano mastery and emotive vocals. The covers are by artists ranging from Sam Cooke to Neil Young, The Faces to Allen Toussaint, and Billy Preston to The Beach Boys. While A.J. was born into a family of artists including the late singer-songwriter Jim Croce, he’s forged his own path over his 30-year career with ten studio albums that reached radio charts like Top 40, tours with artists from B.B. King to Earth, Wind, & Fire, late night appearances, and collaborations with artists like Ben Harper, Leon Russell, and Vince Gill.