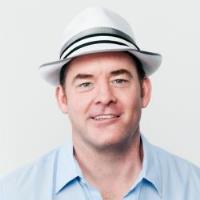 Due to logistical challenges, David Koechner is cancelled with refunds due at point of purchase. David looks forward to playing this show in the future.

Actor, writer and producer David Koechner stars as Tush on CBS's "Superior Donuts." He's also well-known for his roles as Todd Packer on “The Office” and Champ Kind from “Anchorman” and “Anchorman 2: The Legend Continues.” Koechner recently starred in Legendary’s “Krampus” and Roadside Attraction’s “Priceless.” On the small screen, he appears in Showtime's "Twin Peaks," Comedy Central’s “Another Period,” ABC’s “The Goldbergs” and voices reoccurring characters on FOX’s “American Dad” and Netflix’s “F is for Family” and “All Hail King Julien.”

An alumnus of Chicago’s Second City Theater, Koechner got his first break as a cast member on “Saturday Night Live” and since has become an instantly recognizable face appearing in more than 160 films and television shows. Additional notable film credits include “Waiting,” “Out Cold,” “Talladega Nights,” “Get Smart,” “Extract,” “Thank You for Smoking,” “A Haunted House,” “Scouts Guide to the Zombie Apocalypse” and the dark, twisted, film festival award-winning thriller, "Cheap Thrills."