Ray Solley at the Tower Theatre 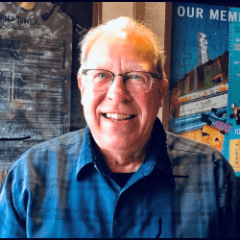 Ray Solley is the Executive Director of the Tower Theatre Foundation (TTF), a nonprofit organization that owns and manages the historic theatre in downtown Bend, Oregon. The Foundation markets, programs, raises funds for, and rents the renovated Art Deco Moderne venue, providing entertainment and educational programs that make essential contributions to the region's lifestyle and further Central Oregon’s reputation as a dynamic hub of culture.

Since joining the Tower in January 2009, Ray has invigorated the organization, making the venue a must-see regional destination. The Tower is now repeatedly voted the #1 place to see a musical or play by readers of the Bend Bulletin newspaper.

Solley moved to Bend after 26 years in Southern California. Since 2005, he had been Executive Director of the Torrance Cultural Arts Center Foundation, overseeing all programming, marketing, fundraising, and day-to-day operations. Under Ray’s leadership, the Nakano Jazz Cabaret Series became a local fixture for area music lovers. In collaboration with the Torrance Unified School District, he launched Super Science Saturdays (known as “S3”), and re-formatted the Foundation’s children’s programming.

The diverse acts and personalities Solley has brought to Torrance and Bend include:

From 1995 to 2001, Solley was the primary agent responsible for packaging and selling programs to basic and pay cable networks for the William Morris Agency in Beverly Hills. He negotiated and sold a large variety of cable’s best known shows, including:

Before moving to Los Angeles in 1983, Solley spent seven years at WTTW, the public television flagship in Chicago, developing and then producing the series that re-defined the way a generation learned about movies and made media heroes of film critics Gene Siskel and Roger Ebert—“Sneak Previews.”

Ray’s first job in Hollywood was as Talent Coordinator for “The Tonight Show Starring Johnny Carson.” He then joined Paramount Television overseeing all aspects of “Entertainment Tonight.” The CBS Television Stations hired Solley to supervise their group-produced specials for national and international syndication. The Samuel Goldwyn Company next recruited Solley as Vice President of Development, where he established Goldwyn’s first-run programming division, launching their first daily strip (“Body by Jake”) and pop culture phenomenon, the original “American Gladiators.”

Ray was profiled in the book Creating Television: Conversations with the People Behind 50 Years of American TV, by Rutgers Professor Robert Kubey (Erlbaum, 2003). He has led program development classes for USC, UCLA, NAB, NATPE, the Writers Guild and the Producers Guild.

Ray was Vice Chair of the board for the regional performing arts organization Arts Northwest and led the initial steering committee and original board that formed the Arts & Culture Alliance of Central Oregon.

His wife Michelle is the Fundraising and Event Specialist for the St. Charles Hospital Foundation. Son Matthew is a senior at OSU-Cascades. Daughter Allison teaches at-risk preschoolers in Michigan.