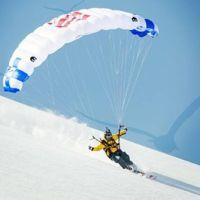 "Don't take life seriously because you can't get out of it alive" - Warren Miller. 9pm show 21+.