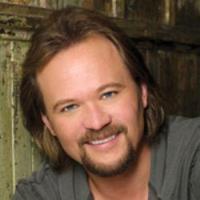 Get 10% off when you buy 5 or more events out of the Centerstage series!

No sky is bluer, no air crisper, no leaf greener than after a storm, and Travis Tritt is adding a musical addendum to that list with the release of The Calm After …. Part metaphor and surprisingly literal, the title is reflective of a fresh and focused start for one of the most successful and acclaimed musical creators of his era. The tumult his music has come through to get this point, however, is very real.

“I feel so humbled and blessed to be where I am right now,” says Travis, who will release the album on his own Post Oak Records. “My voice has never been stronger, I’m constantly playing and working to become a better guitar player, banjo player, vocalist and songwriter. I am honestly as excited about the creative process and performing now as I was the day I signed my first record deal.”

The highly abbreviated Tritt timeline has the young Georgian incorporating lifelong influences in Southern Rock, blues and gospel into his country during a honky-tonk apprenticeship that led him to Warner Bros. His 1990 debut Country Club and its succession of hits put him in the vanguard of the genre’s early ’90s boom. At the same time, his conspicuous lack of a cowboy hat and musical aggressiveness set him apart. The next eight albums and scores of hit singles led him to amass more than 25 million in career album sales, two Grammys, three CMA Awards and a devoted fan base that filled venues coast-to-coast.