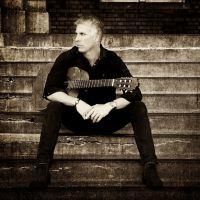 Over the past several years nuevo flamenco guitarist Todd Haaby and his Latin group Sola Via have gone from playing small cafes and upscale restaurants, to becoming one of the most sought after talents on the West Coast , performing to sold out shows at some of the most prestigious resorts and wineries there are , booking a year in advance as the headlining act for numerous summer music festivals , theaters and concert halls ......


With the release of his debut CD “Sola Via” (2007), as well as the next album “Into the Night” (2010), and finally his newest album "Nu Tierra" (2012),  rave reviews have come from numerous magazines , top entertainment editors and producers and CDs have sold by the thousands in the U.S. and internationally, with documented sales throughout Europe, Asia, Mexico and Australia.. Recently ,Todd has had the opportunity to collaborate with multiple Grammy Award winning producers, Dominique Camardella and Bernie Grundman (Ottmar Liebert to U2) working on his third CD "Nu Tierra", released December 2012.


To add to his resume, in the last six months Todd has appeared on ABC , NBC , and has been a featured artist on National Public Radio .....