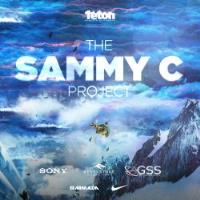 Teton Gravity Research and 7-time X Games medalist and 3-time Real Ski Champion, Sammy Carlson, introduce The Sammy C Project. The Sammy C Project hopes to inspire those even beyond the realm of snow to go after their dreams with tenacity.

Born in Tigard, Oregon, Sammy Carlson starting skiing at Mt. Hood at the tender age of four. At age 12, while ski racing, he saw local pro skier Eric Pollard taking laps through the terrain park, and was immediately struck by how much more fun and free it looked than racing. He immediately fell in love with this newer style of skiing and within two years, turned pro as one of the hottest up and coming kids in the freestyle discipline. By 16, Sammy was competing in his first X Games, and soon won his first major competition, The King of Style big air content in Sweden. The following winter, Carlson won a silver at his second X Games event, placing just behind skiing legend Candide Thovex. The next four years saw Sammy explode onto the scene, win numerous big air events, stand on the podium of the Dew Tour, and grab four more X Games medals slopestyle gold in 2011. Sammy’s desire to continue to push the boundaries of the sport lead him back home to Mt. Hood, where he built a massive jump and became the first skier to successfully pull off a triple cork. The massive 110-foot switch triple rodeo 1260 blew the doors off of what people thought was possible on a pair of skis, and made a major statement that Sammy Carlson had arrived as the steward of progression in the sport of freestyle skiing.