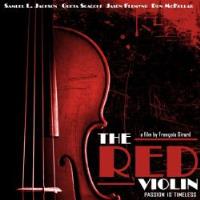 In five different countries over four centuries, with a future forecast by tarot cards, a storied 17th-century violin mysteriously impacts all who play it.

Before the film, the Red Violin’s current owner, Elizabeth Pitcairn, will share her experiences via video with the legendary Stradivarius, and preview her October 7 concert at the Tower launching High Desert Chamber Music’s 10th anniversary season.