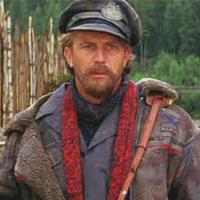 Admission is FREE, but with a twist – You can pay what you decide AFTER the film.

In a post-apocalyptic 2013 America, a mysterious drifter (Kevin Costner) happens upon a postman's uniform and an undelivered bag of mail. He poses as a mail carrier and representative of a restored U.S. government, handing out the old letters to nearby townsfolk and tricking them into feeding him. He soon becomes a symbol of hope to survivors who remember the world that was and decides he must give his followers the courage to revolt.


Ever found the locales in a movie more impressive than the plot or the settings more alluring than the actors? Well, that happens regularly in films shot in picturesque Central Oregon! The Tower Theatre Foundation joins the Deschutes Historical Museum to present a different kind of film festival this July. Titled “Made in Central Oregon,” the Tower screens three examples of our region’s claim to cinematic fame.