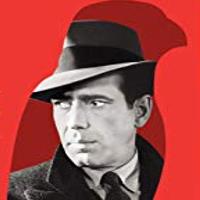 Spade and Archer is the name of a San Francisco detective agency. That's for Sam Spade and Miles Archer. The two men are partners, but Sam doesn't like Miles much. A knockout, who goes by the name of Miss Wonderly, walks into their office; and by that night everything's changed. Miles is dead. And so is a man named Floyd Thursby. It seems Miss Wonderly is surrounded by dangerous men. There's Joel Cairo, who uses gardenia-scented calling cards. There's Kasper Gutman, with his enormous girth and feigned civility. Her only hope of protection comes from Sam, who is suspected by the police of one or the other murder. More murders are yet to come, and it will all be because of these dangerous men -- and their lust for a statuette of a bird: the Maltese Falcon.

Gone With The Wind - Wednesday, March 25 at 7pm