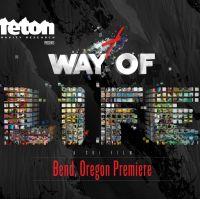 In what now has become an official tradition, TGR is proud to announce the Pacific Northwest Premiere of our latest ski film, Way Of Life, in Bend at the Tower Theatre.

Mark your calendars for an unforgettable night jam packed with prizes from The North Face, Sony, Atomic, and more. Enter our grand prize drawing for a chance to win a cat skiing trip courtesy of Selkirk Wilderness Skiing. Plus, show up early because Bachelor is giving away 2-For-1 tickets to the first 100 attendees!


About Way Of Life: For some, embracing the mountains is not just part of life – it’s a way of life. Teton Gravity Research’s 2013 HD Ski Film, Way Of Life, takes you on a journey to the mountains and inside the minds of today’s top athletes. With stunning imagery created with GSS, Red Cinema, and the Sony Action Cam, this film explores the origins of skiing in Austria, the search for original lines in Alaska, and the U.S. Freeskiing Team’s quest for Olympic gold. The adventure also leads athletes to the rugged terrain of Jackson Hole and the Tetons, as well as the backcountry of British Columbia. This journey takes them across the globe as they form a brotherhood that needs no language. After all, a smile on a powder day needs no translation.