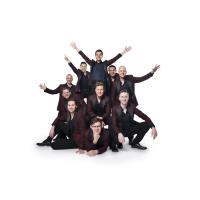 Fresh off the success of their 20th Anniversary World Tour, The TEN Tenors return with their new show WISH YOU WERE HERE, a celebration of musical legends lost before their time. In this heartfelt tribute, Australia’s “vocal wonder from down under” (Broadway World) will take you on a feel-good journey through some of the world’s greatest hits of all time, including some of the group’s own fan favorites - classic rock anthems, current day chart toppers, even soaring arias of Verdi and other traditional favorites.

In 2016, The TEN Tenors were back in Melbourne running through David Bowie’s “Heroes” for the very first time when they learned the shocking news of his passing. That song suddenly took on a whole new meaning. On tour just a few months later, the group was deeply affected like many around the world by the departure of yet another icon, Prince. From these profound losses came the group’s inspiration to create the ultimate tribute show with one simple message: we wish you were here.

With over 700 sold out shows across the US, six albums that have gone platinum and gold, appearances on The Oprah Winfrey Show and The Today Show, and performances alongside greats like Christina Aguilera and Andrea Bocelli, The TEN Tenors have won over audiences worldwide with their stratospheric voices and undeniable Aussie charm. Don’t miss your opportunity to experience this international singing sensation live! “Their sound, though, is what’s truly sexy. The cluster of high voices generates pure electricity...”