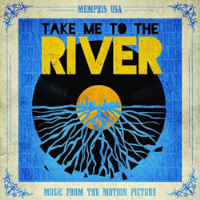 *Admission is free for this film with purchase of ticket to the performance of Take Me to the River - New Orleans, on October 22.

SXSW Audience Winner documentary about the soul of American music, particularly the story of Memphis, its music, and legends Mavis Staples, Booker T. Jones, Otis Clay, and Bobby Rush, to name a few!

Take Me To The River” is a feature documentary and record celebrating the intergenerational, cross-cultural and gender inclusive musical influence of Memphis musical influence of Memphis in the face of pervasive discrimination and segregation. The film brings multiple generations of award-winning Memphis and Mississippi Delta musicians together, following them through the creative process of recording a new album, to re-imagine the utopia of racial, gender, and generational collaboration of Memphis in its heyday. Hip-hop artists such as Snoop Dogg, PNut, Hustle & Flow’s Oscar-winning Frayser Boy, Al Kapone and Yo Gotti are paired with Grammy-winning legends of Memphis soul and R&B, including Mavis Staples, Bobby “Blue” Bland, Booker T. Jones, Charlie Musselwhite, Bobby Rush, WIlliam Bell, Otis Clay, and the incomparable session musicians of Stax and Hi Records. Oscar nominee Terrence Howard is our “MC” through the story as well as one of our recording artists.

“Take Me To The River” brings us inside these creative collaborations to share the struggles, the joy, and inspiration of some of America’s most talented master musicians, who have influenced and inspired the world’s popular music. The film reveals the story of America’s music and how it is undoubtedly one of the most original and finest gifts to the world.

“Take Me To The River” is a cinema-verite documentary. It is about the memory and lineage of this unique place of origin, Memphis, and how it has inspired and influenced the world’s popular music of today. The film is not only about music, the musicians and the unique place of origin, but about inviting the viewer into the process of making and creating a dynamic collaboration. This powerful style of documentary filmmaking invented by the French, often lost in today’s world, is influence by the work of French masters (Jean Rouch and Jean-Luc Godard). In “Take Me To The River,” the camera disappears and performances are natural and unique. Shot with as many as eight cameras at a time, no other music film has ever been made like this before.