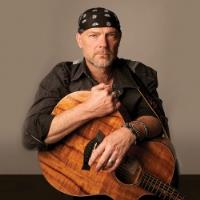 A musical, storytelling, and video concert experience featuring original music and intimate stories woven together with beautiful video imagery; as inspiring as it is entertaining.

Best known as the Canadian Screen Award winning producer, creator and star of the hit TV series Survivorman, Les Stroud is the only producer in the history of television to produce an internationally broadcast series entirely written, videotaped and hosted alone. He has been nominated for 21 Canadian Screen Awards (formerly the Geminis) and has won for Best Writer (twice) and Best Photography.

Musically, Stroud has shared the stage with the top in the business, including Slash, Journey, Jonny Lang, James Cotton, Steve Stevens, Alice Cooper, Steven Stills, Blues Traveler, Tesla, Jakob Dylan, Chicago, Montgomery Gentry, Lynyrd Skynyrd and The Roots. Revered worldwide for his iconic harmonica playing, Les’s songwriting style runs an eclectic gambit, from art-folk-roots rock to contemporary art rock. He has written all the theme songs for his TV series and scored several independent films. He is currently recording his fifth and sixth albums. Mother Earth is an art rock genre album and is being produced by none other than rock legend Mike Clink and includes a solo from Slash of Guns N’ Roses fame on the lead single “One Giant Farm” as well as a feature solo from Steve Vai on the song “Mother Earth”. In 2013, he performed at the prestigious Green Ball in Washington, DC where he met Vice President Joe Biden and was the MC for the inaugural Oceana Ball in New York with Susan Rockefeller.