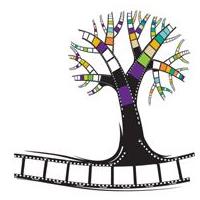 By presenting films of artistry and intellect, the festival hopes to reinforce accurate portrayals of people with developmental disabilities and expose the general public to important issues facing this population. The goal is an enjoyable and enlightening experience that will help breakdown stereotypes, promoting a greater acceptance of differences and awareness of similarities.

The Sprout Film Festival was founded in 2003 and is programmed and supported by Sprout, a NYC-based non-profit organization, dedicated to bringing innovative programming to people with developmental disabilities. Sprout has been making videos related to the field of developmental disabilities since 1995 and has witnessed the myriad benefits these videos have for this population and the general public. In 2006 the Sprout Touring Film Festival was founded, enabling agencies throughout the US and Canada to design their own film festival. Sproutflix, a site offering films from our festival to be purchased was created in 2009.

In his first film project, Sean, a fourth grader from Bend, OR explores his diagnosis of Aspergers through interviews with the people in his life.

Zach was told at a young age that he would never walk without a walker. Since then, his determination to prove people wrong has formed the person and athlete that he is today.

Kelly and Allison are two twenty-something grocery store employees who learn that best friendships blossom when they are most needed.

Through Animation and Audio, young people with AS explain what it is and express how they feel about it. They give very personal insights which could only be achieved through using theses creative mediums and techniques.

Cam Lasley is an aspiring rapper with Downs Syndrome. This Promo showcases his journey so far.

Joshua Littman, who has Asperger’s syndrome, interviewed his mother, Sarah at StoryCorps. Their one-of-a-kind conversation covered everything from cockroaches to Sarah’s feeling about Joshua and a son.

Thomas Howell gets more than he bargained for at an interview at a prestigious law firm. An insult about his tie, a rendition of Harry Potter, and the chance to change the lives of a father and son.

A short film by Gemma Falk