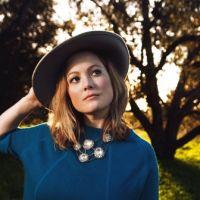 From Nickel Creek to The Decemberists, from hosting “Prairie Home Companion” to opening for Jackson Browne, this progressive bluegrass singer/fiddler showcases her new CD. With Kris Orlowski

Sara Watkins, best known for her work in the Grammy Award winning band, Nickel Creek, completed her first solo album while the band is on hiatus. Her debut album was produced by John Paul Jones (Led Zepplin) and was released in April 2009 on Nonesuch Records. Her follow up album, produced by Blake Mills, is due for a spring release. Sara is a frequent guest American Public Media program, A Prairie Home Companion. In the past few years, she has been on tour with John Prine, Donavan Frankenreiter, Robert Earl Kean, Dar Williams, Blind Boys of Alabama as well as Garrison Keillor's Summer Love Tour. In between tours, Sara performs at Largo in Los Angeles, where she and her brother Sean perform as The Watkins Family Hour with frequent guests including Benmont Tench, Greg Leisz, and Fiona Apple.