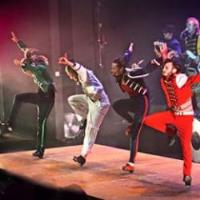 Home grown hoofers from Minneapolis hit the road with a trunk full of tap shoes, funky costumes and a big brass band, ready to burst onto the stage with FEET DON'T FAIL ME NOW!. "Heatbox" the human beatbox, joins the swingin' seven-piece funk band to accompany each tap, shuffle, and stomp with a clang, riff and refrain. It's easy to see why the this troupe was a 2012 winner of the Edinburgh Festival "Spirit of the Fringe" Award. In this joyous parade of genre-hopping music and hard-hitting percussive dance, you'll be jumping out of your seat and dancing to the beat!

FEET DON'T FAIL ME NOW! premiered in August 2008 at the Ritz Theatre in Minneapolis, Minnesota, when the group's dancers and founders joined forces with the seven Twin Cities' heavyweight musicians. Together, they integrated an inventive style of rapid-fire tap with a variety of musical genres to create a show that presents a wildly creative view into the indomitable power of the human spirit. The show's brilliance has been marked by rave reviews, sold-out engagements and numerous awards, including two SAGE Awards for Outstanding Ensemble and Performance, a Spirit of the Fringe Award (Edinburgh Festival Fringe's top theatrical award), two Upper Midwest Emmy’s and being named "Best Dance Performance" by Minneapolis' City Pages.