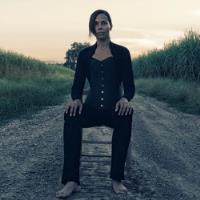 "Her voice is a perpetually soulful marvel." - New York Times

Rhiannon Giddens Singer-songwriter Rhiannon Giddens is the co-founder of the GRAMMY award-winning string band Carolina Chocolate Drops, in which she also plays banjo and fiddle. She began gaining recognition as a solo artist when she stole the show at the T Bone Burnett–produced Another Day, Another Time concert at New York City’s Town Hall in 2013. The elegant bearing, prodigious voice, and fierce spirit that brought the audience to its feet that night is also abundantly evident on Giddens’ critically acclaimed solo debut, the Grammy nominated album, Tomorrow Is My Turn, which masterfully blends American musical genres like gospel, jazz, blues, and country, showcasing her extraordinary emotional range and dazzling vocal prowess.

On February 24, 2017, Giddens follow-up album Freedom Highway will be released. It includes 9 original songs Giddens wrote or co-wrote along with a traditional song and two civil rights-era songs, "Birmingham Sunday" and Staple Singers’ well-known "Freedom Highway," from which the album takes its name.

Giddens’ recent televised performances include The Late Show, Austin City Limits, Later...with Jools Holland, and both CBS Saturday and Sunday Morning, among numerous other notable media appearances. She performed for President Obama and the First Lady on a White House Tribute to Gospel, along with Aretha Franklin and Emmylou Harris; the program was televised on PBS. Giddens duets with country superstar Eric Church on his powerful anti-racism song "Kill a Word," which is currently top 15 on country radio; the two have performed the song on The Tonight Show and the CMA Awards, among other programs. Giddens received the BBC Radio 2 Folk Award for Singer of the Year and has won the Steve Martin Prize for Excellence in Bluegrass and Banjo in 2016.

Giddens, who studied opera at Oberlin, makes her acting debut with a recurring role on the recently revived television drama Nashville, which debuts on CMT in January, playing the role of Hanna Lee "Hallie" Jordan, a young social worker with "the voice of an angel.