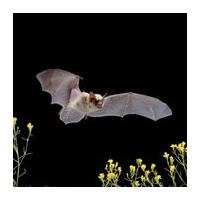 Join photographer Michael Durham and scientist Tom Rodhouse for a multimedia exploration of the secret lives of bats! Central Oregon is home to 15 species of native bats and there are more than 1,000 species worldwide.

The Beauty of Bats
Join photographer Michael Durham and scientist Tom Rodhouse for a multimedia exploration of the secret lives of bats! Central Oregon is home to 15 species of native bats and there are more than 1,000 species worldwide. Learn more about these fascinating and often misunderstood creatures through stunning, up-close photography and fascinating stories of their natural history. Discover how bats navigate through our Central Oregon canyons and forests, survive our harsh winters, and cope with our rapidly changing world. Hosted by Deschutes Land Trust.

***This event is free, but registration is required. Registration will open January 28th.*** 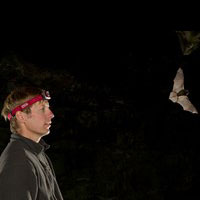 Tom Rodhouse is a National Park Service ecologist who has more than a dozen years studying and monitoring bats. Tom is affiliated with Oregon State University-Cascades and co-leads the Human and Ecosystem Resilience and Sustainability Lab and the Northwestern Bat Research and Monitoring Hub. Tom received a Ph.D. in natural resources from the University of Idaho, an M.S. in biogeography from Oregon State University, and B.S. degrees in wildlife science from Oregon State University and anthropology from Lewis and Clark College. In his spare time, Tom enjoys exploring the secrets of the natural world with his friend and colleague Michael Durham. 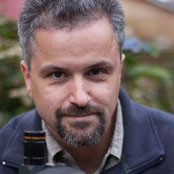 About Michael Durham
Michael Durham is an internationally published photographer who explores the secretive and hidden side of nature. A native Oregonian, Michael started his career in commercial photography and eventually migrated into natural history and journalism. His work has appeared in books and magazines in Europe and North America, including Nature’s Best, National Wildlife, Sierra, Defenders, Nature Conservancy Magazine, BBC Wildlife, Orion, National Geographic for Kids, and many more.