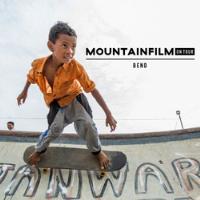 To book tickets and for more information on Saturday's films CLICK HERE!

In one of the largest and poorest states in India, there lies a community skate park built in 2015. Ulrike Reinhard, the creator of this Janwaar Castle, is all about challenging the status quo and providing a safe space for kids to find their own way. Skateboarding is the ideal disruptor to the mainstream mentality for the youth of Madhya Pradesh. The castle has become a haven for the two castes in the village to interact with one another through the shared passion of skating. (USA, 2021, 10 min.)

For the Love of Afghanistan
Asher Brown and Farid Noori

Graduate student and avid cyclist, Farid Noori, has made it his mission to enlighten others to the majesty of Afghanistan’s Hindu Kush Mountains. In founding the nonprofit Mountain Bike Afghanistan, Noori assists at-risk Afghan cyclists in evacuating Afghanistan to avoid persecution by the Taliban. Through cycling, he discovers the similarities that all humans share and despite the strife his homeland faces, he holds tight to his passion of sharing what he deems “a cyclist’s playground” with others. (USA, 2021, 6 min.)

Vasu Sojitra doesn’t want to be called an inspiration. For the Indian-American right leg amputee, it’s not his disability, but instead, the barriers to access the outdoors that must be overcome. His ascent and ski descent of iconic Mount Moran’s “The Skillet,” alongside other mountain athletes of color, brings solidarity and intersectionality to backcountry skiing. (USA, 2021, 12 min.)

The Shinnecock Indian Nation of Southampton,New York, breathes new life through the renovation of a home that was once the heart of the community. Ma was a glamorous and loving spirit whose pow-wows put the house at capacity in the 1980s. Ma’s grandson, Jeremy, takes on the challenge of shifting the public perception of the Shinnecock Nationthrough transforming this once vibrant place into a communal art space designed to generate conversations around race and equality. (USA, 2022, 9 min.)

When wedding photographer John Kurc decided to spend a few days between assignments exploring the borderlands of southwest Arizona, he had no idea he would spend the next eight months documenting the devastation of the desert ecosystem created by the construction of Trump’s border wall. In the blitz to build the barrier as fast as possible, the administration ignored 47 laws that protect bears, deer, jaguars and javelina roaming the mountains in both the U.S. and Mexico. In addition to being a failed re-election campaign prop and racist monument, the wall also inhibits wildlife migration, putting 70 vulnerable plant and animal species at risk. (USA, 2022, 13 min.)

Through years of simple living, David Van Dame spent over 35 years of his life dedicated to chasing turns in the Cottonwood Canyon and harvesting powder. (USA, 2021, 3 min.)

Betty Birrell has been biking the fast, flowy, wooden roller coasters of British Columbia for nearly 30 years. She’s a pioneer and legend who pushes limits and instills her love for the outdoor lifestyle in her son. At 73, Betty continues to reinvent herself and inspire younger generations with the belief that life is just one big playground. (USA, 2022, 12 min.)

Bren Smith isn’t just redefining ocean farming, he’s literally turning it upside down. After experiencing a string of pitfalls in conventional fishing, Smith decided to reimagine the future of aquatic farming by asking the ocean, “what should our relationship be?” He found his answer and returned to the sea with a new method of restorative ocean farming that produces a sustainable food source, restores the ocean, fights the climate crisis and mimics nature’s penchant for biodiversity. (USA, Canada, 2021, 15 min.)

Emily Ford sets out with a borrowed Husky sled dog, Diggins, to complete the 1,200-mile Ice Age Trail in the midst of winter. Not only is she the first woman to attempt the feat, but she is also the first LBGTQ+ person of color to embark on the adventure. As her story gathers momentum in local, national and international press, Emily learns she’s become a figurehead to encourage those who don’t feel like they belong in wild places — especially people of color — to spend more time in nature. (USA, 2021, 30 min.)

A young boy dreams of becoming like his favorite athletes. (France, 2021, 3 min.)