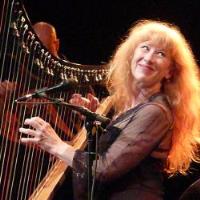 Less well known is the fact that Ms. McKennitt is a highly successful businesswoman who has created an independent record label with celebrated international success.

Born in Morden, Manitoba, Canada, she moved to Stratford, Ontario in 1981, where she initially worked with Canada’s renowned Stratford Festival. In 1985 she established her own record label, Quinlan Road, a move which has made her a rarity in the music industry.