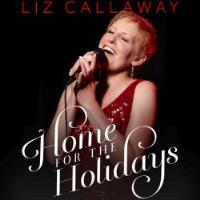 Note this event becomes available December 11th at 4:00 pm PST, you'll have 7 days to start watching. Once you begin, you'll have 24 hours to finish watching.

Emmy winner and Tony nominee Liz Callaway’s recorded concert at the Bedford Playhouse in New York features a mix of holiday favorites, beloved Broadway show tunes, stories about Ms. Callaway’s holiday traditions and career, and a preview of music from her upcoming holiday album, Comfort and Joy – An Acoustic Christmas.

“It’s been a particularly hard year for the theater industry,” said Tower Theatre Executive Director Ray Solley. “The Tower is honored to be the only venue in Oregon presenting this streaming concert. We hope partnering with Ms. Callaway and nearly 30 of our fellow theaters across the country will provide an evening of joy to audiences in Central Oregon and nationwide this holiday season.”

Ms. Callaway is most widely-known as the singing voice of Anastasia from the 1997 animated hit by 20th Century Fox. She made her Broadway debut in Stephen Sondheim’s Merrily We Roll Along, received a Tony Award nomination for her performance in Baby, and for five years, won acclaim as Grizabella in Cats. She also starred in the original casts of Miss Saigon, The Three Musketeers, and The Look of Love. Other New York appearances include the legendary Follies in Concert at Lincoln Center, A Stephen Sondheim Evening, Fiorello (Encores) and Hair in Concert. Regional and international credits include Dot in Sunday in the Park with George, Eva Peron in Evita, Norma Desmond in Sunset Boulevard, the European premiere of Sondheim on Sondheim at London’s Royal Festival Hall, and most recently, starred in the one-person play “Every Brilliant Thing.”  Liz sang the Academy Award nominated song “Journey to the Past” in the animated feature Anastasia, Other film work includes Jasmine in the two Aladdin sequels, The Swan Princess and The Rewrite with Hugh Grant.