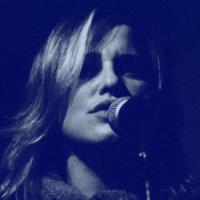 One of the most iconic albums of all time, performed beginning to end by Merideth Kaye Clark

MERIDETH KAYE CLARK
Merideth Kaye Clark is an artist, traveler, musician, songwriter, singer, and actress. Originally from Kansas City, Missouri, Merideth studied Neuroscience and Behavioral Biology at Emory University before earning a Masters in Musical Theatre at San Diego State University. It was there, in California, where she began her career as a concert artist and musical theatre performer. Merideth has since performed major roles in theatres around the country. Highlights include: Nancy, Oliver! (Seattle’s 5th Ave); Cathy, The Last Five Years (PCS); Clara, The Light in the Piazza (Portland Playhouse); Tzeitl, Fiddler on the Roof (PCS); Kate/Lilli, Kiss Me Kate (Clackamas Rep); Eva Peron, Evita (Northern Stage); Olivia, Twelfth Night (Alabama Shakespeare Festival); How the Grinch Stole Christmas (The Old Globe); Amazing Grace (Goodspeed); Rose, Meet Me In St. Louis (Irish Rep). She has participated in numerous developmental readings and has originated roles in two off-Broadway musicals. Merideth performed the role of Elphaba in the First National Tour of the Broadway musical Wicked over 150 times in 35 major US cities.

We caught up with actress/singer Merideth Kaye Clark and asked about her varied career:


What was your first big break in "show business"?
When I was 7 years old, I was cast as Gretl in my local community theater's production of "The Sound of Music." Although this may not seem like a "big break," it was the first time that I heard people clap for me. I remember that as the moment I was bit by the theater bug -  and I was broken. When I moved to New York City in my twenties to pursue musical theater, I auditioned hundreds of times before landing my first leading role. When I think about it now, I'm not sure how I persisted through the rejection and disappointment! But, I've always had a feeling, deep inside, that my purpose is to help people understand their feelings, the human experience, a little more deeply through music.

How did you get from Broadway to "Blue"?
I moved from New York City to Portland, OR in 2012. I had been in NYC for 10 years and I was eager for a lifestyle change. My move to the pacific northwest was catalyzed by meeting my sweetheart (and now husband) who was already living in Oregon. After working and touring all over the country, I felt the desire to grow some roots and to see some seasons change in the same place. I have been a musical theater actor my entire life, but I have also been a guitarist and singer/songwriter throughout my career. After the birth of my first daughter, I found myself singing Joni Mitchell's music as lullabies. I mentioned to a colleague that I really wanted to learn her album Blue in its entirety because I felt its messages so deeply. The next thing I knew we had a concert date booked at the Armory (Portland Center Stage) and tickets were on sale. The first concert sold out very quickly - and I was under a deadline to learn not only the ins and outs of the songs, but also how to play the dulcimer! That's another story entirely...

Why are you enamored by this particular Joni Mitchell album?
Every single time I listen to or perform the music on this album I hear something new. A turn of phrase, a melody, a feeling... There is no end to the discovery. Once I don't feel that way anymore, I suppose I'll stop performing it.

What has changed the most about you in the last 10 years?
Ten years ago, I was in my first year on tour with the musical Wicked. I was single and I still had an apartment in NYC.
Now, I have a husband, two kids, a dog, a house, a car, and I live on the other side of the country...

What do you know for sure?
Nothing. I know nothing for sure. But I really enjoy trying to stay present and enjoy it all.