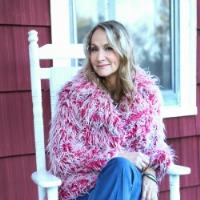 Joan Osborne has rightfully earned a reputation as one of the great voices of her generation -- both a commanding, passionate performer and a frank, emotionally evocative songwriter.

Counting such legendary artists as Etta James and Ray Charles as influences, Osborne has released several acclaimed albums and continues to tour extensively in various configurations -- with her own band, as Joan Osborne's Soul Revue, and as an acoustic duo and trio. In 2003, Osborne joined forces with the surviving members of The Grateful Dead when they regrouped to tour as The Dead. In addition to her own solo shows and frequent guest appearances, Osborne currently also tours as a member of the rock/soul supergroup Trigger Hippy, founded by Black Crowes drummer Steve Gorman and built from each musician's shared love of R&B and soul. The band's self-titled debut album arrived in 2014.

Osborne has showcased her far-ranging talent during three residencies in 2016 at the Cotton Club in Tokyo, Japan; the Blue Note in Honolulu, Hawaii; and Cafe Carlyle at The Carlyle Hotel in New York City. The latter, titled "Joan Osborne Sings The Songs of Bob Dylan," received critical acclaim from outlets such as The New York Times who wrote, "At every point in the evening, you had a sense of Ms. Osborne as an artist who knew exactly what she was doing", and the Huffington Post said, "Her set was magic...the evening was a rediscovery of familiar Dylan, re-mined for new riches...hearing Osborne singing and dancing the Dylan greats was further testament to their versatility, beauty, and his genius".

Osborne felt this would be a great chance to work out an idea she had of doing a "Songbook Series" of albums -- the way Ella Fitzgerald did in recording the songs of Gershwin, Cole Porter, and others -- but with the songs of more recent writers. Dylan was an obvious choice. As a result of the successful Cafe Carlyle residency, the "Joan Osborne Sings The Songs of Bob Dylan" show is being taken on the road in 2017.