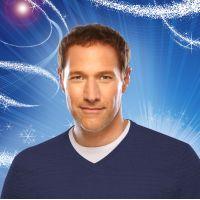 Brickman's best-known compositions include “Valentine,” “The Gift,” “Love of My Life,” “Simple Things” and “Peace.” He’s established a reputation for his collaborations with Lady Antebellum, Martina McBride, Kenny Loggins and more

Jim Brickman has revolutionized the sound of solo piano with his pop-style instrumentals and star-studded vocal collaborations.

Since the release of his debut album No Words in 1994, Jim Brickman’s romantic piano sound has made him the best-selling solo piano artist of our time. In November 2012, Brickman will embark on his annual holiday tour, On a Winter's Night, visitng over 40 cities across the country.

His signature style has brought him six Gold and Platinum albums, 30 charted adult radio hits, and two Grammy nominations. He recently tied for most Number One albums on Billboard’s New Age chart, and he currently holds four of its Top 10 spots. Brickman received top honors with two SESAC “Songwriter of the Year” awards, a Canadian Country Music Award and a Dove Award presented by the Gospel Music Association.

A native of Cleveland, Brickman began playing piano at the age of five and studied music at the prestigious Cleveland Institute of Music. He founded his own advertising music company in 1980, writing commercial jingles for such advertisers as McDonald’s, Pontiac and Kellogg’s.

Brickman has received international acclaim as a concert performer, taking his popular live concerts to more than 125 cities each year. His Jim Brickman Cruises have become an annual hot-ticket event. He’s teamed up with American Greetings, lending original music to create some of their best-selling e-Cards, and is also featured on StarGreetz, a new internet greeting phenomenon.

Other artistic endeavors include a popular weekly radio show, Your Weekend; two best-selling books, Simple Things and Love Notes; debuts at Carnegie Hall and the White House; and international touring from Spain to Thailand. Brickman lends a hand to many charitable foundations for children, including Autism Speaks, UNICEF and Camp Heartland. A scholarship was recently established in his name at the Cleveland Institute of Music.

Music is the soundtrack of life, love or even our everyday adventures, and Jim has given us 15 wonderful years. His songs have done everything from ease the pain to captivate people falling in love. It’s amazing to think that something as simple as a melody can have a lasting effect on emotions and lives.