with Jessie Bridges - SOLD OUT

An Oscar-winner for his portrayal of a grizzled former country music legend in the 2009 film Crazy Heart, actor, songwriter, and musician Jeff Bridges released his debut album Be Here Soon in 2000 and his self-titled major-label follow up on Blue Note Records in 2011. Produced by Bridges’ Crazy Heart collaborator, the Academy Award-winning, multiple-Grammy Award-winning songwriter, musician, and producer T Bone Burnett, the album was a culmination of their more than three decade personal, professional, and musical friendship (the two met in 1980 on the set of Heaven’s Gate). View the video for the track “What A Little Bit of Love Can Do” online here.

Bridges’ musical endeavors have led him to perform at Neil Young’s annual Bridge School Benefit concert, the charity-single remake of "We Are the World," with his band on the Today Show, Tonight Show with Jay Leno, Austin City Limits, Live with Regis & Kelly, The Colbert Report, live sessions for Yahoo!, SiriusXM, AOL Music, and shows across the country. Currently, Bridges is writing and recording material for his untitled third studio album. 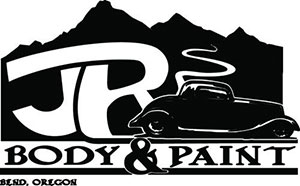