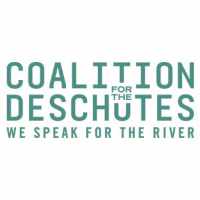 Presented by Coalition for the Deschutes
With special guest, Executive Producer and Patagonia Director of Fishing, Bart Bonime.

Doors open at 6 PM.  Come early to enter in for some exciting raffles ($5/1 ticket or $20/5) including a Sage Fly Rod, camping gear from Stanley, a framed print from the movie signed by Yvon Choiunard, and more!

This 70-minute feature film explores how the search for a new world record brook trout in Argentina ultimately leads the anglers involved on a mission to conserve and protect much more than just the fish itself.

Three anglers—fueled by an old gaucho’s tale that told of “el lugar con el pescado rojo grande,” the place with the big red fish—head to Argentina in search of giant brook trout that are no longer found in their native North American range due to habitat loss and degradation.

Photographer Bryan Gregson; Patagonia’s Director of Fishing Bart Bonime; and environmentalist, angler and founder of Patagonia Yvon Chouinard follow Agustin Fox, the charismatic and hardworking owner of Las Pampas Lodge, into an uncharted watershed to chase down the rumors. It is there that Fox shares his vision for something much greater than a new world record: the protection of not only the fish, but the land, water and culture that surround it.