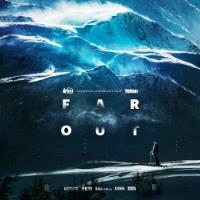 Bend, get ready! TGR is returning to the Tower Theatre for the winter kick-off party of the year. Join us for a one-night only premiere of our new feature length ski and snowboard film, Far Out, presented by REI. NEW THIS YEAR - third show / family matinee, with kids under 10 free!  Whether you choose to come to the family-friendly early shows or party with us at our late night show, it's sure to be a great night. There will be a ton of prizes from our partners at REI, Yeti, Atomic, Volkl, Outdoor Research, Mount Bachelor, The North Face and more, plus everyone in attendance will have a shot at the tour grand prizes.  Plus, 2-for-1 lift tickets to Mount Bachelor for the first 100 people through the doors at each show (some restrictions apply)!  Don't miss your chance to see Far Out on the big screen at this one-night only event..​