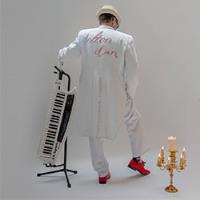 An Elton Dan show pays tribute to one of the all-time greatest artists ever: ELTON JOHN. Elton Dan’s rapport and stage presence is second to none and his magical piano playing has a way of engaging you in the full ELTON experience. Before you know it, you’re captivated by his incredible band including backup singers, and thrilled with the over the top costumes and high energy performances just like ELTON in days past. Elton Dan has performed for gatherings of 8,000 plus but gives each listener the feeling that they are sharing the intimate emotions of the much loved music with just them. For more information, check out Elton Dan on Facebook.

Dan has been playing the piano since he was 10 years old. His first concert he attended was the Orange County Symphony, but the concert that made him decide to play music was seeing Elton John live at Caesar’s Palace and  Paul McCartney at Arrowhead Stadium. From childhood, Dan’s hero in music was Elton John for both the wonderful music he made and the humanitarian contributions the band honored. Dan has persisted in keeping the same traditions in the band he created to honor his music hero Elton John and the legacy and culture of what the Elton John Band stands for.

A full customer list will be provided to the presenting company at the end of this event. Information provided includes a customers name, email address, & city/state/zipcode if available. This is specific to ​Elton Dan, and no other information from any other event where tickets were purchased will be provided. Please contact the Tower Box Office for more information.