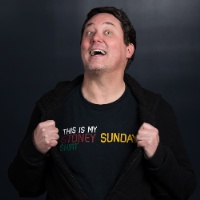 Live at the Tower


Doug Benson is well-known for his popular podcasts (“Doug Loves Movies” and “Getting Doug With High”), his films (“Super High Me,” “The Greatest Movie Ever Rolled,” “Chronic-Con: Episode 420”), appearances on TV shows (“@midnight,” “The Trailer Park Boys” and “You’re the Worst”), and for presiding over “The High Court” as ‘Judge Doug’ on Comedy Central. Join Doug for his return to the Tower, along with an opening comedian to be announced shortly. Admit it, you deserve to start the summer with some laughs!