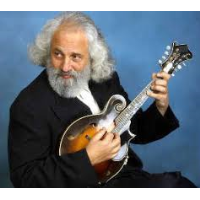 Tonight the mandolin maestro returns to his bluegrass roots, joined by his usual all-star lineup of stalwarts – Keith Little on banjo, Jim Nunally on guitar, Chad Manning on fiddle, and Sam Grisman on bass.

Tickets on sale to Tower Theatre Members ONLY and go on sale to public on TUESDAY June 17th at 10 AM.

For nearly half a century, mandolinist / composer / bandleader / producer David Grisman has been a guiding force in the evolving world of acoustic music. His musical range is wide and deep ó embracing many styles, genres and traditions.

An acoustic pioneer and innovator, David forged a unique personal artistic path, skillfully combining elements of the great American music/art forms ó jazz and bluegrass with many international flavors and sensibilities to create his own distinctive idiom ó ìDawgî music (the nickname given him by Jerry Garcia.) In doing so, he's inspired new generations of acoustic string musicians, while creating his own niche in contemporary music.

Recently Grisman has revisited his roots with the David Grisman Bluegrass Experience (DGBX). This very traditional group includes Keith Little on 5-string banjo, guitar and vocals, Jim Nunally on guitar and vocals, Chad Manning on fiddle, Samson Grisman on bass, with David on mandolin and vocals. Dawg also plays blues and old-time music with his old jugband-mate John Sebastian. He lives in Northern California with his wife Tracy, an artist and musician. Between them they have seven grown kids and four grandchildren.

David Grisman has always been a revolutionary. He has deeply influenced contemporary acoustic practicioners through his own musical explorations and with the continuing success of Acoustic Disc and Acoustic Oasis, has helped make artist-owned independent labels a viable force in today's music business.