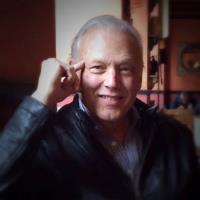 Grammy nominated pianist David Lanz has enthralled music lovers around the world for decades with his engaging playing style and original compositions.

(This show was originally on March 19th.  All tickets with the March 19th date will be valid.  Contact the box office if you cannot attend the new March 5th date and need a refund.)

Lanz, who was nominated for a Grammy in 2000, is well known as a top instrumental recording and concert artist, reaching worldwide prominence with his number one Billboard hit, Cristofori’s Dream.

His unique impressionistic style is emulated by countless pianists, and his compositions and arrangements performed and studied around the world.

With the release of Cristofori’s Dream…Re-Envisioned, Lanz has, in a sense, come full circle. Returning to the music that launched him as an international phenomenon a quarter-century ago—when he recorded the original Cristofori’s Dream provides the world-class pianist and composer with the perfect opportunity to take stock of his art and both assess where he’s been and where he hopes to go.

Cristofori’s Dream was a million-selling musical thank you note to Bartolomeo Cristofori, the man who invented the piano in the 17th century. It resonated with a wide array of listeners and topped Billboard’s Adult Alternative/New Age chart for months. The title track remains hugely popular today—countless piano students have purchased the sheet music to learn how to play the piece and Lanz’s interpretation of Procol Harum’s classic “A Whiter Shade of Pale” on the original album is considered one of the most popular of the countless covers of the song.

But Cristofori’s Dream was not the beginning of Lanz’s career, and although the new Re-Envisioned brings new light to an established work, Lanz still has many ideas he plans to pursue in the future.