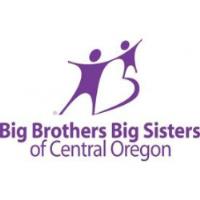 Join us for our biggest event of the year: our 21st Annual Comedy For Kids' Sake on Friday, October 26th,
Bend’s premier red carpet event!​

This year’s entertainment will knock your socks off, featuring two of Portland's most hilarious and well-known comedians,
and hosted by Central Oregon’s Best Radio Personality!

Tyler Boeh is professionally funny.  He has won or been a finalist in several well-known comedy competitions from San Francisco to Boston, and performed in dozens of major cities in between. With a background in improv and a love for writing, Tyler’s act is fast paced with a shotgun delivery. His comedy can be described as high-energy, intelligent, physical, and silly. Whether he is on the small stage of an intimate comedy club or performing at a theater, Tyler is comfortable, confident, and hilarious. He uses his quick wit and celebrated talent of “beatboxing” to bring audiences to hysterical heights.

Todd Armstrong was named one of the 50 "comics to watch" by Comedy Central. He was a finalist in "Oregon's Last Comedian Standing," "Portland's Funniest Person" and the "Tacomedy Competition. Audiences all over have been shown his clever wit, energetic charm and stranger than fiction stories. Todd has been on VICE and Portlandia, and is the Writer, Director and Co-Producer of "Permanent Comedy", a web-series that follows Todd as he interviews Comedians, Artists and Friends about comedy, life and making permanent choices in both.

Our Master of Ceremonies is wonderful and warm Tracee Tuesday, voted Source Weekly’s Best Local Radio Personality of 2018. Also a writer, blogger, entertainment journalist, all out foodie, and wannabe astrophysicist, Tracee Tuesday is a radio personality for Power 94.1, Mix 100.7, Fox Sports 94.9, and on the CW Television Network. We at BBBSCO know her best as a Big Sister and Board Member. This red carpet event will also feature abundant silent auction items, along with a thrilling live auction led by the entertaining auctioneer Steve Talbot!  You will not want to miss the presentation of our “Big of the Year” and we have a very “BIG” announcement to premier!

So join us for a fantastic event and help us inspire kids to reach their potential!

Particulars: Friday, October 26th, 7 – 10 PM This is a 21 and over event Tower Theatre in downtown Bend Beverages and appetizers, provided by Blue Bite Catering will be served.

For sponsorship information, contact Elysia Kiyija at elysia@bbbsco.org, or download a sponsorship packet. To donate an auction item or any other event questions, please contact Bridget Albert at balbert@bbbsco.org or call 541-312-6047.