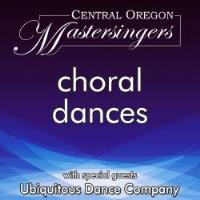 Music from Monteverdi to Brahms, all the way to stunning new works by leading choral composers of the 21st century, will be presented. The featured work will be the powerful, three-movement “Lamentations of Jeremiah” by 20th century Argentine composer Alberto Ginastera.  The concert will end with a riotous take on Techno Dance music, “Nyon Nyon.”
TICKETS: