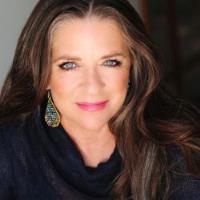 Carlene's own career started in the late 1970s when she went to England to record her acclaimed self-titled debut album (with Graham Parker and the Rumour), and Musical Shapes (with Nick Lowe and Rockpile).  She co-wrote hit songs for Emmylou Harris ("Easy From Now On") and The Doobie Brothers ("One Step Closer"), shared the Top 40 Pop duet "I Couldn't Say No" with Robert Ellis Orrall, then "came home to country" in the 1990s with hits like "I Fell in Love," "Come On Back," "Every Little Thing," and her own TV shows on VH1 and TNN.

Following her 2008 Stronger CD (which Elvis Costello called "astounding"), Carlene Carter came on back again in 2014 with a tribute to the timeless music of her historic family that critics hailed as "a triumph," "masterpiece," "an album for the ages," and "really quite perfect."  But while she is often referred to as "country music royalty," she simply calls herself (and the album) Carter Girl.

Starting in January 2015, Carlene was Special Guest on the John Mellencamp Plain Spoken Tour, playing to over 250,000 fans in sold-out theaters across the United States and Canada.  A new album, Sad Clowns and Hillbillies, was released on April 28, 2017 including material by both singer-songwriters.  Carlene said: "It's not a traditional kind of duets album. I think people are really going to enjoy it."  Mr. Mellencamp told The Today Show: "She pulled me out of the dump, the doldrums."  Below Carlene performs "Damascus Road," one of her new songs from the album.