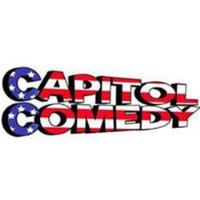 CAPITOL COMEDY is a performance group that uses the winning formula of musical comedy, multimedia animation, and political satire to engage audiences in entertainment that is hilarious, insightful and non-partisan. Their new show takes on the Biden administration with songs and sketches poking fun at everything from diversity-driven decision-making to dog training to dumping dollars on the electorate. The other side takes it on the chin for putting up roadblocks to voting, judicial appointments, changing the Electoral College and anything that leans liberal.

Capitol Comedy is one of the newer political satire entertainment groups, but that does not mean they lack in experience. The 6-person cast is composed of talented actor-singers and dancers with Hollywood, regional theater and off-Broadway experience. Their considerable performance skills include the ability to channel a range of political and other public figures. Capitol Comedy shows are timely and sharply satirical without being demeaning or vulgar. Since there is plenty on both the right and the left that needs criticism and evokes laughter, they aim for material that will be appreciated by and amusing to audience members whatever their political persuasion.

The show is continually being updated to remain fresh with content from the most recent headline grabbing events. Using musical parodies, sketches, and commercials enhanced by multi-media presentations, Capitol Comedy will bring you in and not let you go until you’re rolling with laughter.