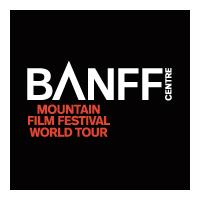 Ignite your passion for adventure! For the past eight years, Friends of REALMS has hosted the Banff Film Festival World Tour as a fundraiser for Realms Middle School. The Banff Film Festival World Tour will exhilarate you with amazing big-screen stories when it comes to the Tower Theatre on April 21st and 22nd. Journey to exotic locations, paddle the wildest waters and climb the highest peaks.

Tonight’s Films Sunday, April 22
Ice Call – Backyards Project – Sam Favret (2016, France, 3 minutes / Filmmaker: PVS Company) Try to keep up to freerider Sam Favret as he gives us a new perspective of the mythical  Mer de Glace, at the heart of Mont-Blanc.
Why  (2016, France, 7 minutes / Filmmakers:  Hugo Clouzeau, We are Hungry) Iceland. A cold, rugged and forbidding landscape where powerful rivers plunge through bedrock gorges, over massive waterfalls toward the sea. A crew of French kayakers travel here to ask the question, “Why? Why do we do this?”
Planet Earth 2 – Mountain Ibex (2016, UK, 7 minutes / Filmmakers:  Justin Anderson, BBC Worldwide) Only a few pioneering animals have what it takes to survive in the world's highest mountain ranges and they tend to be some of the most elusive and mysterious animals on the planet. Climb to a world that is beautiful but full of danger, where only the most adventurous animals can hope to survive.
Walk on the Mountain  (2017, USA, 19 minutes / Filmmaker: Julia Keahey) Junior Walk, an anti-coal activist in southern West Virginia, takes us through his battle with mining companies and why he believes mountaintop removal methods should stop immediately on this land that he loves.
The Last Honey Hunter  (2017, Canada, 35 minutes / Filmmakers: Ben Knight, Felt Soul Media) Maule Dhan Rai is the last man in the remote Nepal village of Saadi who's been visited in a dream by a wrathful forest spirit called Rongkemi. If no one else in the village has the dream, a generations-old tradition may die

Imagination:  Tom Wallisch (2017, Canada, 5 minutes / Filmmakers: Sherpas Cinema) Have you ever been that little kid sitting in the back seat of your parents’ car, wishing you were somewhere else? So you imagine a skier on the side of the road, your fingers commanding back flips and roof drops, improbable rail slides and huge airs. Well, what if your imagination came to life?
Kilian  (2016, Canada, 14 minutes / Filmmaker:  Anthony Bonello, Switchback Entertainment Inc.) Kilian Jornet is considered the greatest mountain runner ever. But he doesn’t consider himself a runner. Join Kilian in his new backyard in Norway as he attempts to ski and run the Seven Summits of Romsdalen in a single day, a 77 kilometre route with 9,000 metres of elevation gain.
Intersection: Micayla Gatto  (2017, USA, 5 minutes) Mountain biker Micayla Gatto takes the viewer into her world as a painter and as an athlete, riding through beautifully created masterpieces where colours come to life and reality blends with art.
Edges  (2016, USA, 9 minutes) At the ripe old age of 90, Yvonne Dowlen has been ice skating for as long as she can remember. Edges is a celebration of a life well lived.
The Frozen Road  (2017, UK, 24 minutes) Ben Page sought an adventure of perfect solitude in the Canadian Arctic. Yet the harsh truths of travelling in such a formidable environment were a long way from the romanticisms of a Jack London book.