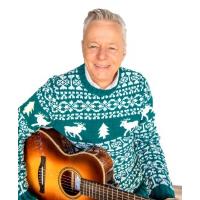 Tickets will be available to Tower Theatre Members on July 13th at 10AM, and will go on sale to the public Friday, July 15th at 10AM.

Tommy Emmanuel CGP, whose five-decade career has garnered hundreds of thousands of fans worldwide, will be bringing his brand new Classics & Christmas Touron the road this December. This one night only engagement is a spin-off of Tommy’s 2011 release, All I Want for Christmas. The album features new arrangements for nine Yuletide classics including "I'll Be Home for Christmas," "The Christmas Song," and "Rudolph The Red-Nosed Reindeer."

The show will feature two sets of music. The first set will be solo and consist of Emmanuel playing fan favorite material along with songs from his brand new album, It’s Never Too Late. In the second set, Emmanuel will be performing Christmas classics with his friends Pat Bergeson, John Knowles CGP, and Annie Sellick.

A noted finger-style guitarist, Emmanuel frequently threads three different parts simultaneously into his material, operating as a one-man band who handles the melody, the supporting chords and the bass all at once. His talents, which translate in any language, carry him to the far corners of the globe, but Emmanuel never plays the same show twice, and he improvises big chunks of every show.

A master technician, Emmanuel started professionally at age 6, rising through the ranks as a studio player and member of several Australian rock bands before he set off on a solo  career.  One  of  only  five  musicians  handpicked  by  his  mentor,  Chet Atkins,  as  a Certified  Guitar  Player  (CGP),  he’s  piled  up  numerous  accolades,  including  two Grammy   nominations,   two   ARIA   Awards   from   the   Australian   Recording   Industry Association. He’s been voted Favorite Acoustic Guitarist in both Guitar Player Magazine and  Acoustic  Guitar  Magazine’s  reader  polls,  and  is  a  YouTube  sensation.  His  videos have over 29,000,000 views. Tommy has also been seen in his Public Television pledge specials Center Stage, Tommy Emmanuel & Friends, and Live & Solo in Pensacola.