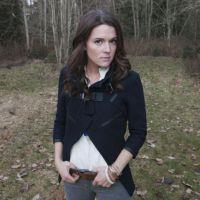 Holiday Toy Drive! Collecting gifts in the lobby prior to shows.

* Our volunteers will be collecting toys in the venue lobby so please have your gift ready for collection when you arrive.
* Please ensure each gift is unwrapped and still in the manufacturers packaging.
* For more information please contact info@lookingoutfoundation.org

Were we ever gonna get out of this town?
- Just Kids - BEAR CREEK
“If you start a band with me, I’ll get us signed and on the road within a year”…… Not only did the determined, confident and tenacious 22-year-old Brandi Carlile come through with her promise to twin bothers and initially reluctant band members Phil and Tim Hanseroth, but she also exceeded their expectations. Carlile landed the prophesied record deal with Columbia Records one year later and with the guidance of producer Rick Rubin, they recorded and released their eponymous debut album in early 2005. “The Twins were local heroes to me, I used to go and watch them play live when they were in The Fighting Machinists, I thought they were cool but more importantly great singers and songwriters.” Carlile, in a vain attempt to impress her newfound comrades, ordered in some dry ice to lure them to their first band rehearsal. “I didn’t know how dangerous overexposure to carbon dioxide could be, so I ended up nearly killing us all from asphyxiation!” Near-death experiences aside, this was the beginning of a unique collaboration. It was a partnership that would see Brandi Carlile and Tim and Phil Hanseroth sharing everything from the stage, songwriting and production credits and all creative business decisions, to bunk beds, road pranks, swine flu, confined spaces and dirty t-shirts too.

On the eve of Carlile’s 5th major label album release BEAR CREEK and after almost a decade of extensive touring, the trio and self-confessed “road dogs” and “dirty pioneers” are back with a bang. But it’s not record sales, industry accolades or commercial success that make Brandi Carlile a uniquely compelling artist; in fact some would say she has purposely gone out of her way to avoid it, “I would never write commercially or dress commercially or behave in any way that would inspire mainstream success". It’s tales from the road, where she and the twins have spent the best part of their careers building Carlile’s fan base and audience, whilst remaining under the industry radar, that tells you the story of who she really is.

Unaware of years to come
- Save Part Of Yourself – BEAR CREEK
“I've been singing and performing music since I was seven, so I don't ever remember making a conscious decision to be a musician. I would’ve had to have made a conscious decision NOT to be a musician” Throughout her late teens Carlile had already built up a local fan base in her home city of Seattle through hard work, determination and an unwavering belief in her talent. Blessed with a truly remarkable voice and an innate gift for performing, she always believed she was destined to be a great singer. She would hone her skills by studying and listening to her favorite vocalists, experimenting and testing the boundaries of her voice to see how long she could hold out a note, and how loud and high she could sing. “I wanted to learn to scream my head off like Thom Yorke and yodel like Patsy Cline”. Carlile busked, played coffee houses and persuaded local business owners to give her residencies by guaranteeing the venues would reach their full capacity on the nights she appeared. Carlile recalls how she would personally ensure her fans attended her gigs. “I passed around mailing lists to my audiences and I would take their numbers and call them myself on the day of my next gig to make sure they would turn up.” And turn up they did and still do, except now they number in the thousands.

Over the last eight years Carlile has enjoyed groundbreaking success, headlining and selling out major shows and venues across the United States and the rest of the world. Working her way up from playing acoustic at Medin's Ravioli Station and busking at Pikes Place Market, to fronting her six-piece band at The Ryman Auditorium and leading a symphony at Benaroya Hall; Carlile has earned her reputation as a fearless and consummate performer who is undoubtedly in a class of her own.

Collaborators at heart, Carlile and The Twins have written, produced, recorded and shared the stage and with “anyone we can get to sing with us”, touring with friends Ray Lamontage, The Avett Brothers and Dave Matthews, who refers to Carlile affectionately as “a big fat trumpet head”. Sheryl Crow, somewhat more eloquently, describes Carlile’s voice as “the most amazing voice I may have ever heard. Soulful. Country. Perfect in every way.... and propelled by taste.” And it is that same, unmistakable voice that jumps out and shakes your very foundations when you first hear the opening track on BEAR CREEK.

I can be the engine, you can be the wheel
- Hard Way Home – BEAR CREEK
BEAR CREEK, named after the studio where it was recorded, is certainly a departure from 2007’s break-though THE STORY and its critically acclaimed follow-up, 2009’s GIVE UP THE GHOST. Having been steered on her previous albums by super-producers T Bone Burnett and Rick Rubin, this time Carlile was determined to take the wheel. “I would liken working with A-list producers to going to college,” she says. “You don’t want to be a perpetual student. At some point, you need to apply your knowledge”. For the first time, Carlile was eager to work in a studio environment closer – both physically and in spirit – to her own rural abode. Bear Creek, a converted turn-of-the-century barn nestled among the tall trees of Woodinville, Washington, proved to be ideal. “Bear Creek is very similar to home for all three of us - musically, you’d be amazed at how you act when you feel at home”

Embracing her own philosophy that “a live show should never sound like a record; a record should sound like a live show,” Carlile and the Twins brought in members of her “road family”, including cellist Josh Neumann and drummer Allison Miller, as well as her touring sound engineer and guitar tech, “We basically pulled our bus up to Bear Creek and then everyone got off of it and made a record, band, crew, cheap tour beer and everything…we wanted it that way for once.” Carlile also realized a long-held ambition to work with Grammy award-winning engineer and producer Trina Shoemaker, who fully embraced and nurtured the band’s live approach in the studio and “rough-around-the-edges sonic appeal”. They veered off into new musical territory, fusing classic rock ‘n’ roll, folk, bluegrass, and “Shoemaker-inspired soul” to create their own distinctive sound. Carlile and her band took full advantage of the vintage equipment at Bear Creek dusting off “pianos that smell like Grandma’s house” and experimenting with bluegrass instruments “feeling no self-consciousness about the fact that we didn't know how to play them…. without a producer it was like ‘OK, now what are we gonna do while Dad’s gone?’”

It came upon a lightning strike
- Raise Hell – BEAR CREEK
Comprising of songs inspired by faith, heartache, addiction, childhood, accidental piano chords and thunderstorms, BEAR CREEK promises to be Carlile’s most revealing and personal record to date “It scares me how much of who we are is in this album.” However, she admits “I can talk about making records all day long,” “but what really drives me is what I’ve been doing on the road all this time. When we play these songs for you, what’s going to happen between you and us? That’s what matters most to me.” True to form, Carlile and is now eager to introduce BEAR CREEK to her audience. Summer 2012 will see her biggest headlining tour to date, with stops at world famous venues such as Red Rocks Amphitheater and Wolf Trap.