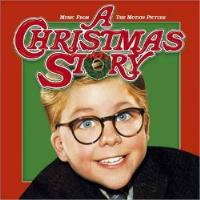 Toys for Tots brings you "A Christmas Story" holiday party to kick off the season!

Bring an unwrapped toy for your chance to win cool prizes; plus, we'll have a photo booth with Ralphie, a soap eating contest, and more! Brought to you by Toys for Tots, with support from our media partners at Bend Radio Group, and in association with AirLink.

A Christmas Story: nine-year-old Ralphie Parker wants only one thing for Christmas: a Red Ryder Carbine Action 200-shot Range Model air rifle with a compass in the stock and "this thing which tells time" (a sundial). Ralphie's desire is rejected by his mother, his teacher Miss Shields, and even a department store Santa Claus, all giving him the same warning: "You'll shoot your eye out."

Christmas morning arrives and Ralphie dives into his presents. Although he does receive some presents he enjoys, Ralphie ultimately is disappointed that he did not receive the one thing he wanted more than anything. After it appears all of the presents have been opened, Ralphie's father, who is referred to throughout the film as "The Old Man," directs Ralphie to look at one last present that he had hidden. Ralphie opens it to reveal the Red Ryder gun he wanted.

Ralphie takes the gun outside and fires it at a target perched on a metal sign in the backyard. However, the BB ricochets back at Ralphie and knocks his glasses off. While searching for them, thinking he has indeed shot his eye out, Ralphie accidentally steps on his glasses and breaks them. In order to cover for the fact that he accidentally broke his glasses, Ralphie tells his mother that a falling icicle was responsible for the accident. His mother, not having seen what actually happened, believes him.