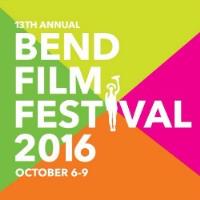 10:30AM: Daughters of the Forest - The powerful, uplifting story of a small group of girls in one of the most remote forests left on earth who attend a radical high school — Centro Educativo Mbaracayú (CEM) — where they learn to protect the threatened forest and forge a better future for themselves. Set in the untamed wilds of the Mbaracayú Reserve in rural Paraguay, this intimate verité documentary offers a rare glimpse of a disappearing world where timid girls grow into brave young women even as they are transformed by their unlikely friendships with one another.

12:30PM: Little Sister - Young nun Colleen is avoiding all contact from her family, returning to her childhood home in Asheville NC, she finds her old room exactly how she left it: painted black and covered in goth/metal posters.

3:15PM: Prison Dogs - A story of love, loss, and redemption; The documentary follows three inmates serving long-term sentences for murder and armed robbery who have been selected to participate in a program that trains service dogs for veterans with PTSD. The profound relationship between humans and animals restores the lives of those who are physically and figuratively imprisoned. It is a story of hope and the power of second chances.

5:45PM: Tracktown - Plumb Marigold is a famous but lonely distance runner preparing for the biggest race of her life: The Olympic Trials. But when an injury forces her to take an unexpected day off, Plumb wanders into a bakery where the aimless boy behind the counter catches her eye.

8:30PM: The Hollywood Shorties - In 1980’s Los Angeles, the “world’s smallest professional basketball team” composed of recognizable-but-typecast actors finds itself the unlikely vanguard of a revolutionary movement to bring little people into the public eye as something other than objects of curiosity.